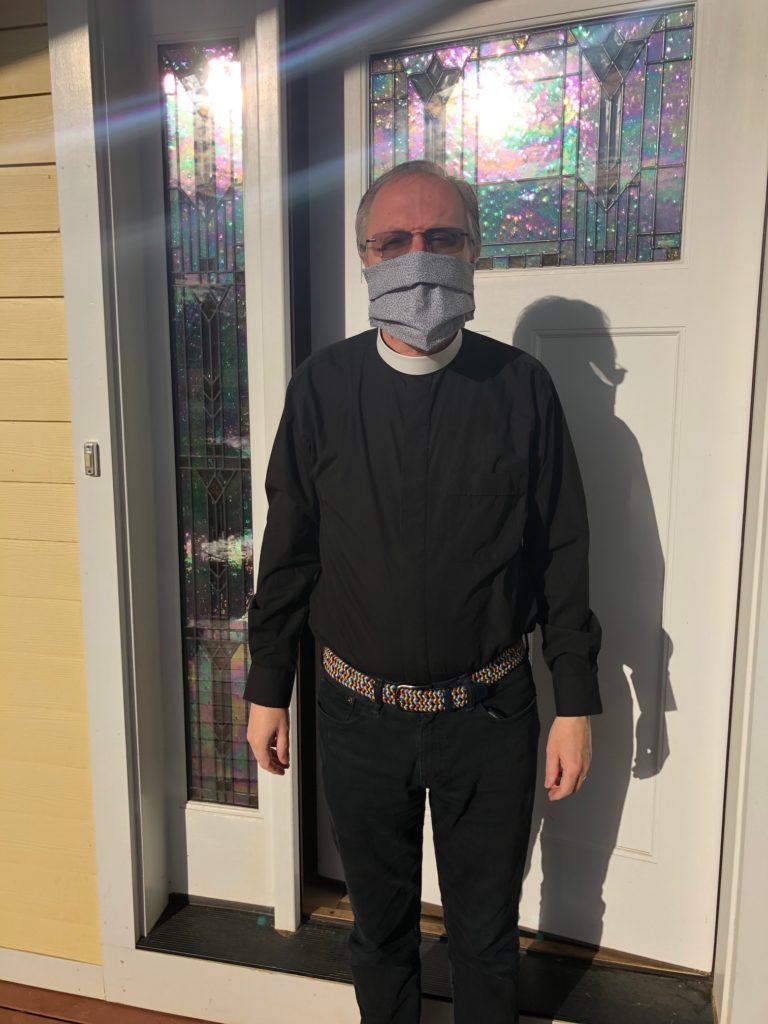 Given our proximity to the District, it is not surprising that presidents are often visiting Alexandria. It started with President George Washington, who loved Gadsby’s Tavern Restaurant. Presidents Richard Nixon and Gerald Ford both lived in Alexandria. President Ronald Reagan decided to dine in Old Town on St. Patrick’s Day 1988. President Barack Obama had a Valentine’s Day dinner at Vermillion. And now on April 6, President Joseph Biden visited the Chapel of Virginia Theological Seminary.

The reason for Biden’s visit was that, along with many other churches, the Chapel has become a vaccination clinic. Neighborhood Health needed a venue in the West End of Alexandria. So every Tuesday and Thursday, clients make their way to the Chapel to receive their vaccination shots.

Neighborhood Health specializes in providing access to health care for groups that find it harder to get good-quality health care. It is lovely to see the Chapel being used for this life-saving purpose.

News coverage makes it sound like the president decided to just drop in. He was just being neighborly and thought it would be lovely to just come and say hello to those getting the vaccine that Tuesday morning. But, as many other establishments in Alexandria are aware, a visit from the president is complicated. They check out a variety of possible venues for a visit. The White House advance team includes security, event planners and specialists in choreography. From the Virginia Theological Seminary vantage point, it was a team effort to make the place ready for the visit.

This is actually the third presidential visit to the Seminary’s campus. And, for those who like to track these things, we are running two Republican presidents to one Democrat.

Along with Biden, we have President Gerald Ford, who worshipped every Sunday in the Seminary Chapel. He even served on the vestry. The Seminary has preserved the pew in the oratory of the new Chapel where Ford sat the Sunday after becoming president with a sterling silver plaque.

Then, back in the 19th century, President Abraham Lincoln made the journey across the Potomac to meet with Mr. Packard, then on the faculty of the Seminary, who lived in a faculty home called Melrose. These connections are precious. The distinguished sociologist Robert Bellah talked about the office of the presidency as part of America’s civil religion. Americans share a democratic faith: we have key texts that have an almost sacred authority – the Constitution, along with the Declaration of Independence and the Bill of Rights. We have a calendar made up of national holidays. We have institutions that matter, namely, Congress and the Supreme Court. And, we have the office of the president.

When it comes to the president, Bellah said that regardless of the office holder, there is an intrinsic respect that we all should give to the office. It is a symbol of our commitment to democracy: our willingness to elect by the people and for the people the person who then has the authority to lead us. Our civil religion is a unifying part of our shared life.

When Bellah was alive, he argued that Vietnam and Watergate put the civil religion of America under extraordinary strain. I suspect that he would feel that the deep political polarization has put our civil religion under even more strain.

As Alexandria continues to enjoy deep connections with the White House, let us recommit to our witness to support the unifying role of the president. Virginia Theological Seminary was pleased to receive President Biden to the campus. We look forward to further visits from future presidents.

The writer is dean of Virginia Theological Seminary.