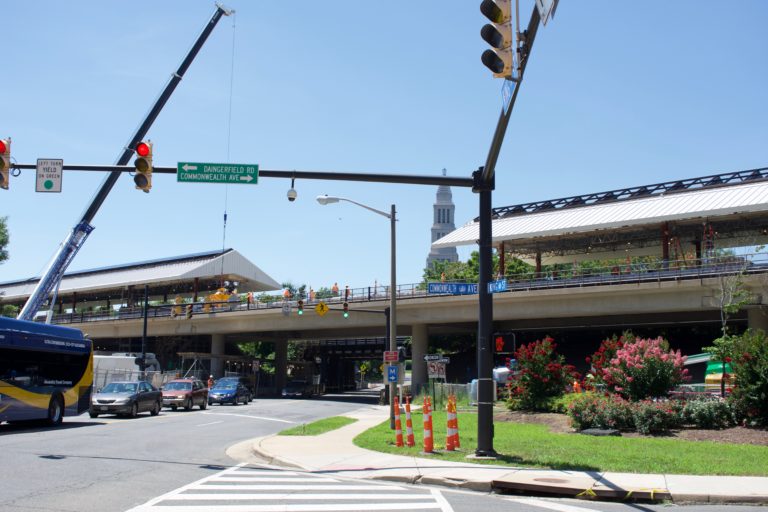 A historic district is one of the few things that can overcome the telecommunications industry’s power over the placement of cell towers and antennas. At Saturday’s public hearing, City Council confirmed that it sold its Board of Architectural Appeals authority to Verizon for about $750 that will allow almost 120 Verizon antennas across Alexandria.

The contract with Verizon lists the locations throughout the city as “Approved Poles.” It’s strange that something can be “approved” before an application has been filed.

Recently, the BAR denied Verizon’s application for a Certificate of Appropriateness for a new 49-foot-high antenna in the Parker-Gray District that would replace an existing 37-foot pole located in the middle of the 200 block of North Patrick Street.

The BAR had many issues with the proposal, but its primary reason for denying the application was Verizon’s failure to provide the precise location of the proposed new antenna. Details matter to the BAR, and every other applicant before the BAR must provide precise details, from window mutins to the location of a new structure. However, that is not the case for Verizon’s antennas that are being installed mostly to accommodate commuters with Verizon’s 5G network.

Most of the approved antennas will be placed at the corners of the street blocks or near alleys, in contrast to the recently denied application for a pole to be built in the middle of the street block. Verizon’s appeal to City Council argued that it “is not within the authority of the BAR” to deny these Verizon applications, presumably because the city signed a Verizon contract that permits almost 120 of these 50-foot 5G antennas to be located within 300 feet of each other all across the city.

Surprisingly, City Council agreed with Verizon that its statutory authority to hear appeals from the BAR’s actions has been extinguished because the city signed Verizon’s contract. Verizon does have good contracts – for Verizon.

During Saturday’s hearing, the city attorney told City Council that it had the authority to uphold the BAR’s decision and that the historic district’s regulations are one of the few checks the city has on the installation of these cell facilities. Moreover, the Verizon contract actually provides that the right to install these antennas is subject to compliance with all applicable city regulations.

Verizon doesn’t get to sit on the City Council dais and overturn legitimate BAR denials. Verizon must follow the law, just like any other applicant before the BAR. On appeal from the BAR, City Council should apply the standards the BAR applies. Instead, City Council ignored its statutory charge, ignored the city attorney’s guidance and apparently ignored the terms of its own Verizon contract.

This little sleight of hand by Verizon or blind ignorance of City Council must be called out. Demand more from your elected officials and appreciate the citizen members of the BAR who pay attention to details. Details matter.