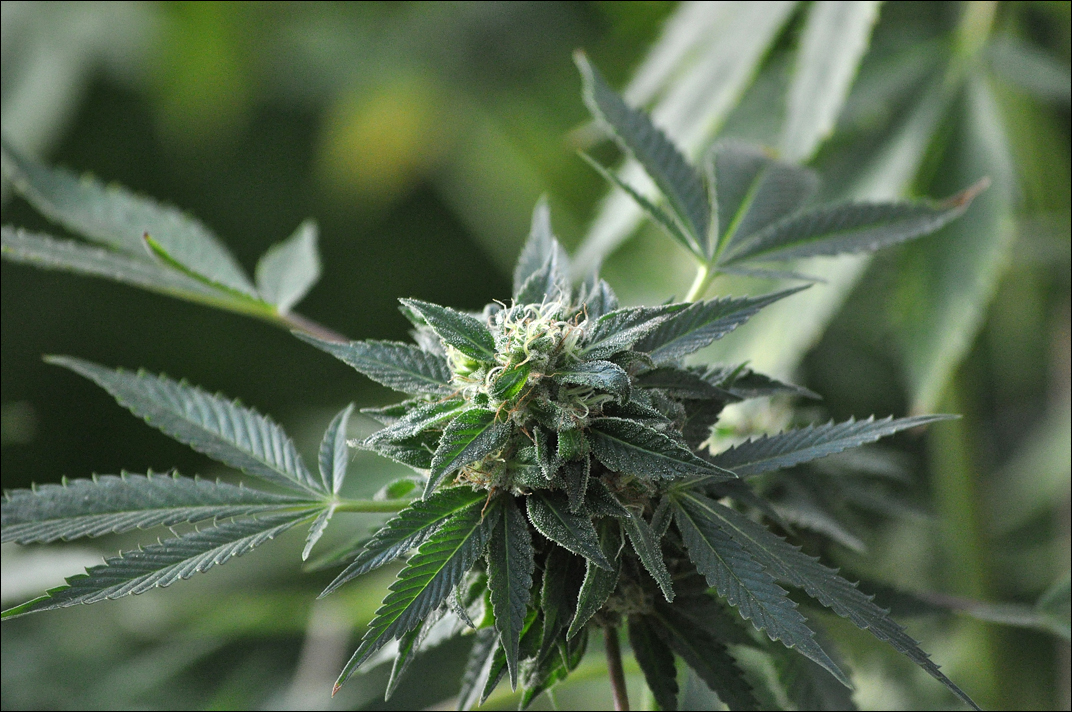 With the recent statewide legalization of marijuana comes a learning curve as Virginians are still working to understand exactly what is – and isn’t – included in the 280-page piece of legislation that was passed by the General Assembly in February.

The bill is intricate and full of many moving parts. Certain elements like retail sales won’t be fully enacted until 2024, while other aspects have been in effect since July 1. Specifically, adults over the age of 21 are now allowed to possess up to an ounce of marijuana. Four houseplants with legible tags of the owner’s name and driver’s license are permitted per home, as is gifting up to an ounce of marijuana from one adult to another.

However, colleges and universities have the right to prohibit marijuana use and possession on their campuses, as do owners of residences. It’s still illegal for anyone to use marijuana in a public space, to buy or sell marijuana until 2024, excluding localities that opt out, to ship or import marijuana products into Virginia and for those under the age of 21 to use, purchase or possess any amount of marijuana.

These new regulations are the result of many negotiations among General Assembly members over the course of several months, with the original measure passing on Feb. 27 in a virtual session and several subsequent changes implemented on April 7.

What began as a report from the joint legislative audit and review commission and a work group last summer quickly moved forward as a massive piece of legislation in what Sarah Taylor, the city’s legislative director, called an “unbelievably short” timeframe.

“To do it in that short of a time period of time really took a significant commitment from all the stakeholders to be heard, to raise all questions, to get answers, to flesh it out,” Taylor said.

The push for reform

Because the bill covered such a vast array of subject matter, from public health to public safety to criminal justice, it passed through many hands in the Virginia state senate.

Various legislators, activists and stakeholders viewed the bill through different lenses, which Taylor said fed into the bill’s complexity.

“It was a grueling process, and the negotiations on it were really thoughtful,” Taylor said. “It was a really, really tough bill and not only was it a tough bill because of the subject matter, but it was a tough bill to do as quickly as they did.”

One significant contributing factor to the bill’s accelerated timetable was the majority’s commitment to affecting criminal justice reform as rapidly as possible. While retail sales are not yet legal, the state of Virginia will begin accepting applications for business licenses on July 1, 2023, with retail sales beginning on Jan. 1, 2024.

Because a limited number of licenses will be available, the law prioritizes businesses run by people who have been “disproportionately impacted by marijuana prohibition.” This social equity piece is made up of four distinct sections.

Included in these categories are graduates of a Virginia historic Black college or university, such as Norfolk State University, Virginia State University or Hampton University, as well as individuals and close family members who hold prior misdemeanor marijuana convictions.

“If you go apply for a pharmacy license, a marijuana misdemeanor conviction might stop you from getting a license; that’s a reason to reject you,” Greg Habeeb, an attorney and former member of the Virginia House of Delegates, said. “But apply for a cannabis license and it’s actually a preference. The idea being that if your philosophical worldview is that certain communities have been disproportionately negatively impacted by prohibition on cannabis, then those communities should get a better opportunity to invest in [the cannabis business].”

Habeeb noted that while becoming a social equity applicant is not mandatory, it would certainly help in the city, since it’s “in all likelihood not going to be deemed over-policed or historically economically distressed.”

“My guess is that in some jurisdictions it will be impossible to get a license if you are not a social equity applicant [and] in other jurisdictions it won’t matter at all,” Habeeb said. “… There are tens of thousands of convenience stores, probably. If you go to convenience stores, pharmacies, vape shops, you’re talking about [a couple] hundred dispensary licenses – it will be very, very competitive.”

While excitement around the bill continues to swirl, so too does a sense of trepidation for some community members. Commonwealth’s Attorney Bryan Porter said that during community advisory board meetings and discussions with residents, he has heard multiple concerns regarding public use, access for children and driving while high.

“People seem to be of the opinion [that] the general idea is fine, but there are some legitimate concerns in the community about not allowing this to impinge on other people,” Porter said. “So, ‘If you want to smoke in your own house that’s fine, but we don’t want you to get high and cause an accident and hurt somebody.’”

According to the Alexandria Police Department, there were 276 total cases of marijuana possession in 2019 and 54 in 2020.

Many residents are confused about precisely what is legal now, what isn’t and what might be in the future.

In order to spread awareness about the details of the bill and quell community concerns, the Substance Abuse Prevention Coalition of Alexandria worked with the governor’s office to release a “Top 10” list for youth and adults that concretely explains the new measure’s rules and regulations.

“What we’re hearing is that people just don’t have a full grasp of what this means; they just hear that marijuana has been legalized,” SAPCA Chair Allen Lomax said. “What this does now is require us to really educate people that even though it is legal there are still major concerns like everything else, and to be careful, watch out, and no matter what happens, it’s still illegal if you’re underage.”

SAPCA is encouraging community members to engage in conversations so as to widen the channels of communication and mitigate as much confusion about the law as possible.

“We’re really encouraging parents and caring adults to have these conversations with young people in a developmentally appropriate way. Talking about it is so important so they hear that information from a trusted adult and from a reliable source,” Emma Beall, a SAPCA coordinator, said.

Those who are still worried about youth access to marijuana may take some solace in the fact that if and when retail sales come to Alexandria, the city will require that businesses acquire a Special Use Permit and that they are prohibited from setting up shop next to schools.

Retail sales in the city may also prove to be a weapon against one major concern: large-scale drug trafficking. According to Porter, the issue in question doesn’t involve selling a couple ounces here and there; it’s the selling of hundreds of pounds of marijuana at about $2,500 to $5,000 wholesale through colossal organizations, which have established footholds in the city several times throughout the years.

Allowing taxed and regulated dispensaries into the city may disincentivize the illegal, unregulated sales of large amounts of marijuana and instead encourage them to sell legitimately. As a result, this could also decrease the violence that goes “hand in hand” with complex drug trafficking organizations, according to Porter.

“[My goal is] making sure that law enforcement and my office have the tools necessary to dissuade people from [this] … which, based on my experience, does frequently result in people buying guns and unfortunately using them, so that’s where I’m putting my focus at this point,” Porter said.

A work in progress

It’s important to note that the advent of marijuana businesses in Alexandria remains contingent upon whether the bill is reenacted next year and whether the city chooses to withdraw from it.

If the bill is reenacted next year, localities will automatically be enrolled in the retail sector unless they choose an opt-out provision to prohibit businesses in the city.

The marijuana industry is three-tiered, including retail, growers and distributors, which Taylor said provides many potential options for those looking to get involved if the city decides to keep the provision.

“There really are interesting, fascinating opportunities here,” Taylor said. “But if this is something that is truly not right for your community, you can decide it isn’t and it will never ever be there until something changes necessarily.”

Because of the limitation on dispensary licenses and staunch zoning and land use requirements, Taylor said the public safety aspect, which was the city’s chief concern, has been accounted for.

“[The General Assembly has] really worked on putting up guardrails to make sure this was equitable, that this was reasonable, [and] that it was potentially scalable,” Taylor said.

According to Habeeb, the likelihood that Alexandria will opt out is slim and would come as a surprise, not only because of the progressive nature of the city but also due to the precipice of a potentially booming retail market.

“I’ve been a lawyer for 20 years. I was in the House of Delegates for eight years, so I deal with lots of people and lots of issues. I’m not sure I’ve ever seen an issue go from totally off the radar screen to an overwhelming number of calls overnight in my career,” Habeeb said.

Habeeb said that because the barrier to entry is relatively low and cannabis touches everything, regular people can easily visualize themselves playing a role in the industry – whether it be in the form of retail, healthcare, pharmacy or agriculture. At one point, Habeeb’s office received up to 10 calls a day during the General Assembly session from lawyers, hairdressers, insurance agents and contractors, all of whom view legalization as an opportunity to expand.

It’s safe to say that even if Alexandria decides to opt out, the marijuana industry as a whole is here to stay.

Thus, Virginia lawmakers continue to chip away at the ever-evolving bill, as much of its retail framework is subject to change during the regulatory process in the coming years.

“None of this is ever perfect. You know, there’s a reason we don’t enshrine everything in the constitution – it’s because a lot of this stuff you write in pencil, which gives you the opportunity to erase it and change it over time,” Taylor said. “… It’s complicated, but there’s time and there’s a lot of will to get this right.”