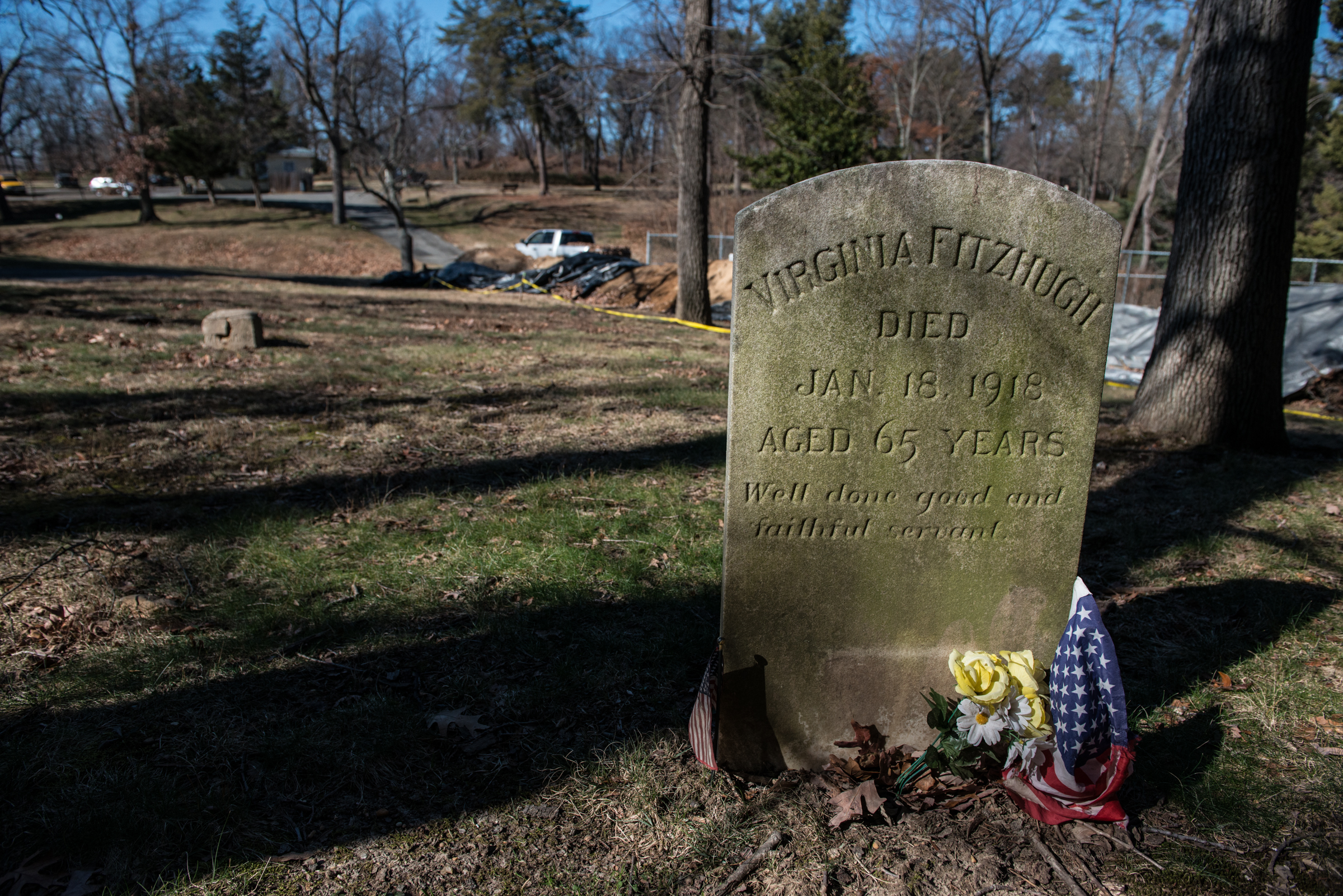 A recent ramble through Fort Ward revealed that the City of Alexandria has removed the temporary protection they had provided for the burial site of an unknown person. The removal of the temporary wood and rope barrier is curious given the decades of disrespect city leaders have shown toward African American burial areas in Fort Ward Park.

As is the common practice, once again city officials did not provide the public with any advance notice of this decision. The grave in question was one which was identified by the former City of Alexandria Archaeologist Pamela Cressey, Ph.D.

Cressey and her assistant, Fran Bromberg, retired from the Office of Historic Alexandria, and there has been considerable turnover in that department. Many of those involved in decisions about Fort Ward Park’s history and graves are new to this preservation effort. Some have tried to discount the conclusion that there was a coffin buried and found in this location, which may have been a part of the Old Graveyard, and Cressey’s evaluation that the coffin was severely damaged by city roadgrading equipment.

It’s ironic, and sad, that the “Unknown Grave” protection would be removed at a time that city officials are about to unveil their ideas for memorializing other graves in the park. City and outside archaeologists, historians and the descendants of the Fort Ward and Seminary areas contend, with first-hand and factual information, that there are other unidentified graves in the park.