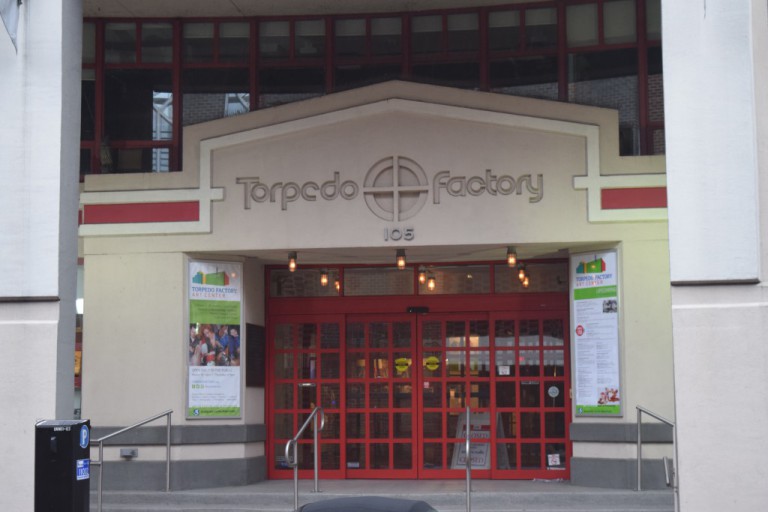 By Gayle Converse and Pat Miller

Two hundred years ago, an American woman’s creative expression had to be pretty and practical. Restricted by society, women possessed few materials, little formal education and insufficient time for artistic pursuits. Women’s art included needlepoint, quilting and silhouettes. Many felt compelled to use a male moniker to create a painting or author a book.

A little more than 100 years ago, prospects expanded for women artists, concurrent with the expansion of the suffrage movement.

The importance of gaining the vote motivated some suffragists to become political cartoonists – an occupation seen as acerbic and unfeminine. Nina Allender had studied painting at the Corcoran School of Art in Washington, D.C., now called the Renwick Gallery. In 1913, seven years before passage of the 19th Amendment, the National Woman’s Party hired Allender as its official artist. She illustrated young suffragists in her popular cartoons, but Allender’s works were not without fault. When her drawings appeared in weekly issues of the NWP’s “The Suffragist” and “Equal Rights,” all of the activists depicted were white, omitting women of color in the depiction of the suffrage movement. In 2020, Allender’s collection of more than 150 cartoons was installed at the Library of Congress.

In nearby Alexandria, one of the youngest NWP members and suffragist prisoners freed in 1917 from the brutality of the Occoquan Workhouse was an art student. Kate Heffelfinger of Pennsylvania appeared at the hearing in the third-floor federal courtroom on South St. Asaph Street swaddled in blankets and weak from workhouse beatings and hunger.

An increasing number of women are enrolled in art schools today. Although unequal pay and attention persist, women express themselves politically and creatively through a variety of mediums and arts leadership roles in the 21st century. More museums, galleries, theatres, concert halls and libraries foster works of art by women.

The arts often take a back burner as humanitarian and economic issues arise, yet they are still crucial to the fabric of our city and nation. Following the attacks on Sept. 11, 2001, the arts “provided outlets for healing and recovery … work that strengthens memory, sparks dialogue, and builds empathy … that help us better understand the context and impact of these events, and their personal, national, and global significance,” according to the National Endowment for the Arts.

Today, Alexandria can celebrate women who have kept the arts alive during disasters, economic downturns and the COVID-19 pandemic. In our city, women comprise majority membership on many arts organizations and commissions, own and direct arts-related businesses and lead and educate in all mediums.

Due to the efforts of professional artists Marian Van Landingham and Marge Alderson, the Torpedo Factory Art Center has been home to one of the nation’s largest collections of publicly accessible working-artist studios under one roof. They spearheaded the 1973 campaign to convert what was once a U.S. naval torpedo station into a world-renowned arts hub.

Bringing live theatre to Alexandria with more than 100 main-stage productions since 1984, and now serving as the producing artistic director of MetroStage, Carolyn Griffin is working to offer even more performing arts opportunities to the region when MetroStage at the Venue opens to anchor the Old Town North Arts District in early 2022.

Possessing an extensive background in the arts, history, culture and law, President and CEO of Visit Alexandria Patricia Washington promotes and amplifies the local arts community to regional and national audiences.

The most recent Arts and Economic Prosperity study conducted by Americans for the Arts revealed that the arts and culture industry in Alexandria supports 2,628 full-time equivalent job and provides $7.5 million in local and state government revenue.

We can thank Alexandria’s women in the arts for much of that. Pretty and practical, indeed.

The writers are founders of Alexandria Celebrates Women, a nonprofit that highlights influential women throughout the city’s history. Contact them at [email protected].