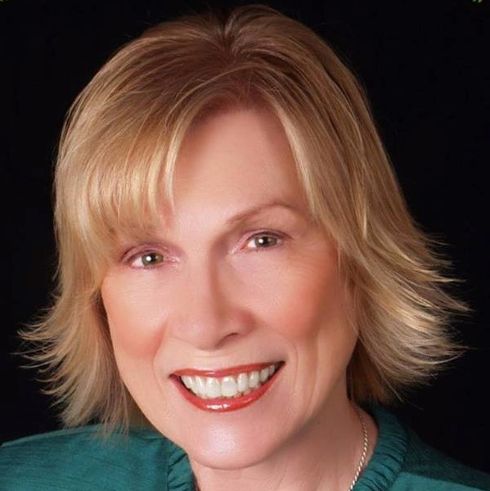 Glenda Gail Parker wants to make Alexandria more environmentally friendly and believes serving on City Council is the way she can help achieve that goal.

The decision to run for council follows Parker’s move back to the city three years ago and the ensuing dismay she experienced upon seeing that raw sewage still emptied into the Potomac River and a small oil spill still existed just north of downtown in an area where people often fish.

“I was appalled to find that some of the environmental issues that existed when I lived in Alexandria City previously were still here,” Parker said. “I lived here for a number of years so that means that for 30 years, these issues have been going on.”

That’s why, when the Independent Green party approached Parker and encouraged her to run for office, she said she leapt at the opportunity to make a difference.

“I thought, ‘This is a good way to satisfy them and try to address these issues,’” Parker said.

Although she’s competing against a slate of six of Democrats, one Republican and another independent for City Council, Parker said running as an independent is “a lot easier” in a City Council race since party affiliations are not shown on the ballot.

“To someone who is not intimately familiar, they’re not aware that I’m not one of the major parties,” Parker said.

Professionally, Parker works as a contractor on government budget analysis. She previously worked as a U.S. Air Force reservist intelligence officer and financial manager for the U.S. Air Force’s research and development operations.

As a way to prepare for the race, Parker began studying city planning. She said this sculpted her platform, which revolves around finding positive solutions to limit pollution, promote clean air and water and address the energy crisis.

One book in particular, “Walkable City” by city planner Jeff Speck, inspired Parker. In the book, Speck discusses methods to increase bikeability and walkability in cities.

“We live in a city, so it just seems to be a really good fit to put into effect some of the walkable city rules he mentioned,” Parker said.

With her newfound research, 12 years of experience as an election official and multiple campaigns under her belt, Parker said she felt familiar enough with the process to give it a shot.

As a result, Parker relegated her political career to the backburner for a while.

“I stepped away because I had been involved with these issues for 15 years or more. We had a lot of successes, but I never got elected, so I stepped away and was just kind of burned out, really,” Parker said.

Additionally, when the COVID-19 pandemic hit, Parker said it presented an even larger case for her temporarily receding from the political spotlight. The Independent Green party requires petition signatures in order to appear on the ballot, which generally involves canvassing and “getting up close and personal” with people, Parker said, and this was not an option during the early days of the pandemic.

“There is underway a correction to mitigate the emptying of the raw sewage into the Huntington Creek and the Potomac, so I want to follow through and make sure those actually come to fruition, and also the oil spill,” Parker said. “Those will be the two things I will be addressing.”

Parker also emphasized the importance of continually increasing Alexandria’s walkability and bikeability: “We’ve made great strides during the pandemic by closing off some of the streets and turning parking spaces into outside dining; that’s very good so far,” she said. She is also a proponent of rezoning properties to mixed-use housing so residents can walk rather than drive wherever they need to go, as well as investing in schools and expanding the light rail.

Parker was nicknamed ‘Gail for Rail’ after her extensive work campaigning for “More Trains, Less Traffic” across Virginia, so it makes sense that she plans to usher that same energy into City Council if elected.

“I do feel that we need to encourage light rail in our cities … that connect to regional rail, that connect to high-speed rail nationwide, so that’s where we were going with that,” Parker said of the campaign slogan. “On the City Council, I would be a proponent for expanding light rail whenever possible.”

Eliminating several Route 1 lanes would not be out of the question, Parker said, because “if you shut off a traffic roadway like that, the traffic just goes away [and] finds another way to get to work.”

According to Parker, the existing Metro rail system and parking garages mean there is no reason to have a four-lane parkway slicing through the city.

“We could cut down those lanes, and they make it safer for the bikes, safer for the walkers. People could bike to work,” Parker said. “It needs to be safer.”

In Parker’s view, the biggest issue facing Alexandria is translating these quality of life issues into funded solutions.

“I believe that is where Alexandria city has been falling down,” Parker said, noting that one possible solution is thoroughly considering the long-term return on investments of newly proposed housing or developments. “Historically, mixed-use development shows the greatest longterm return.”

It’s the blending of her professional experience and political dedication that Parker said makes her stand out. It’s also, of course, her razor-sharp focus on creating an environmental haven for those who may be considering moving into the city.