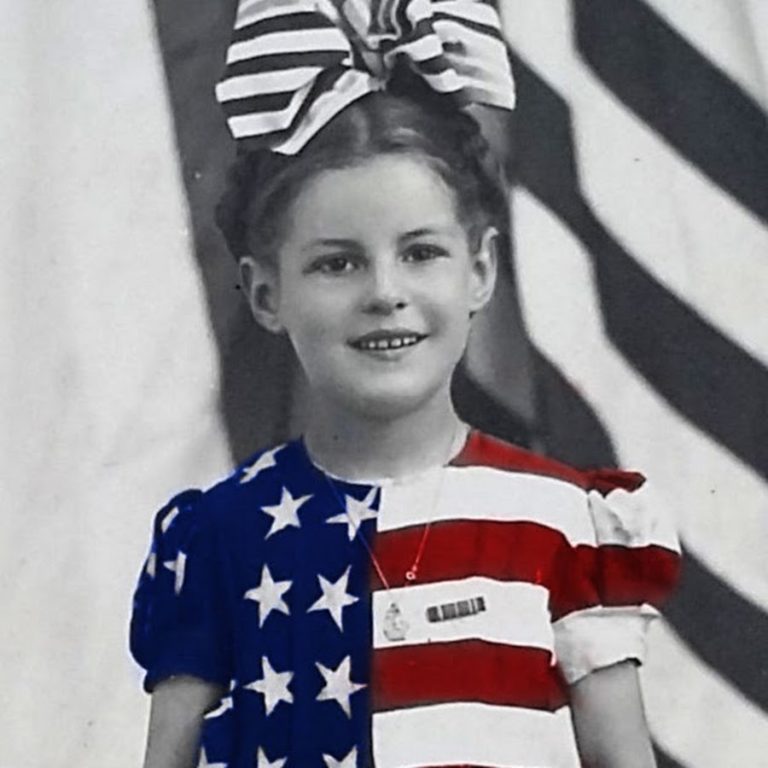 “Others are passionate about soccer, golf, whatever else. For me, it’s June 6, 1944,” Henri-Jean Renaud says at the top of “The Girl Who Wore Freedom.”

Renaud, only 10 years old on D-Day, is one of the many French survivors who share their stories in filmmaker Christian Taylor’s gripping WWII documentary.

Some of the fellow profiled Normandy citizens include a woman who details with pristine clarity the ear-splitting sounds of American planes and paratroopers landing on Utah Beach at 2 a.m. and a man who recalls the euphoria he experienced the following morning upon realizing that liberation was finally within reach.

But the film also shines a light on the Allied forces that risked their lives more than 70 years ago, and the sweet relationship between many of them and the Normans that blossomed as a result.

In her directorial debut, Taylor chronicles the lead-up to Normandy’s annual D-Day celebration, which honors the soldiers who liberated the village from German occupation in 1944 with fireworks displays, sumptuous costumes, dancing and live music.

Along the way, through dozens of interviews with American veterans and French citizens, Taylor deftly yet delicately knits together a story of unimaginable loss, a deeper meaning behind the word ‘freedom’ and the healing power of gratitude.

The latter point is illustrated remarkably in one particularly poignant segment where Taylor follows a man named Florent Pana as he travels across the United States in a camper van with the words “Do you know a WWII veteran?” plastered on the side.

American troops freed his grandfather on D-Day, instilling in Pana a profound appreciation and recognition that he likely wouldn’t be alive without them. Thus, Pana has taken it upon himself to show thanks by talking to veterans and capturing as many of their stories as possible.

At one point, Pana visits Ceo Bauer, a now 98-year-old veteran who worked in the 95th Infantry Division. Bauer recounts the tale behind a battle injury on his left leg that he calls his “million dollar wound” as well as his overall perspective on military service – something he doesn’t get asked about often.

“People, for all veterans, all wars, tend to say ‘Thank you for your service.’ Well, that’s all very fine, but then they don’t listen after that,” Bauer says. Warning: It’s a certified tearjerker of a moment, so plan accordingly.

Taylor performs an impressive balancing act by evoking sentimentality in the film without tilting it into a mawkish two-dimensional victim-hero trope, or on the other end of the spectrum, a solely harrowing depiction of WWII’s brutality.

Rather, it hits that elusive sweet spot located somewhere in between.The documentary honors both the American and French perspective, creating breathing room for both to exhale in their full, exquisite complexity.

It is through the exploration of these ever-evolving relationships and series of vivid recollections that Taylor slices straight to the undercurrent coursing beneath them: a call for remembrance.

As many veterans and survivors are already gone and the remainder are in their 80s and 90s, the film acts as a time capsule of sorts. It’s not simply a war documentary; it’s also a story about stories, a library of archived memories so they don’t get lost over time.

Every year, French survivors bring their children and grandchildren to landing locations, cemeteries and commemorative events such as the D-Day celebration to educate them about what happened many years prior.

With the visits, their goal is to pass these stories down like precious heirlooms in hopes of keeping them alive for generations to come.

With “The Girl Who Wore Freedom,” it’s clear that Taylor aims to do the same.