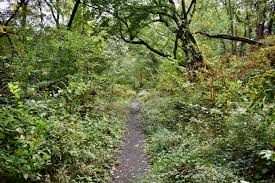 Sometimes all we need to do is slow down and take a deep breath.

It’s not always easy, especially over the last two years of a global pandemic that has been alternately hectic and monotonous to the point where it’s been hard to catch a break. But the value of finding time to pull the brakes, take a breath and listen – to ourselves or others – should not be underestimated.

Much to their credit, Mayor Justin Wilson and City Council decided to do just that when they voted to pause both the Taylor Run and Strawberry Run stream restoration projects last April in order to gather more information, hear more voices and, ultimately, make the best decision for Alexandria and its environment.

The public and council’s own advisory group, the Environmental Policy Commission, had serious concerns about the impacts both projects, particularly Taylor Run, would have on the local environment, most of which are laid out in this week’s page 8 story, “What’s next for Taylor Run?”

The most pressing issue cut to the core of the projects themselves. The stream restoration projects were supposed to do two things: reduce the amount of pollutants running from these streams into the Chesapeake Bay and restore city infrastructure. As residents began to collect their own soil samples, which revealed incredibly low pollutant levels, the effectiveness of these projects seemed questionable, at best.

Faced with opposition from the EPC and the community, in April 2021, the mayor and council decided to take a breath. Council took the opportunity to listen to these concerns and pause both projects, while opting to move forward with a stream restoration project in Lucky Run.

In the entire D.C. metropolitan area, Alexandria’s local leaders are the only ones that have taken this step. Stream restoration projects in Arlington and Fairfax County have also faced pushback from their respective communities, but those projects have moved forward full steam ahead. It would have been easy to go with the status quo, but instead Mayor Justin Wilson and council decided to listen and follow the science, wherever it lead them.

Not only did they listen, but they also decided to dig deeper into the issue and instructed staff to take local soil samples. Much like the tests performed by residents, the results of the city’s tests revealed much lower phosphorus and nitrogen levels than the city originally estimated – and much higher price tags for those projects.

These projects aren’t entirely off the table. Council could always vote to move forward with them even with all the local data that now indicates how costly and ineffective these projects would be. But it’s worth commending the city for shelving these projects, at least for now, as they look for more effective pollutant reduction methods.

Regardless of how this shakes out locally, council’s decision could have much more significant impacts throughout the region. Prior to Alexandria taking local soil samples last summer, there were no jurisdictions in the Chesapeake Bay watershed that had taken that step. As Rod Simmons, a natural resource manager with the city, points out in this week’s story, the results of those tests – and the debate in Alexandria – could provoke radical change in how jurisdictions and the state approach these kinds of projects in the future.

All of that came from a single breath. Patience might be a virtue, but slowing down and listening is a gift.