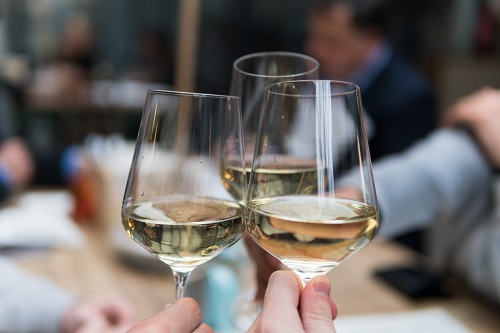 I know firsthand the longterm consequences of using and misusing alcohol anytime I felt disease, uncomfortable emotions, anxiety or stress because I am an alcoholic who has been sober for two-and-a-half years.

I had my first alcoholic drink when I was 13 years old, and by the time I turned 21, drinking became the norm. From attending happy hours and networking events to celebrating birthdays, weddings and personal milestones, I celebrated my freedom, my independence and many of life’s greatest experiences with champagne, wine, beer, cocktails and shots.

When I transitioned into a young adult and entered the working world, I took on more responsibility, making me vulnerable for alcohol use disorder, a dependence on alcohol that arises from drinking too much, too fast and too often. Alcohol became my crutch and an unhealthy coping mechanism during times of anxiety and stress. When feelings of hopelessness, fear, anger and sadness became overwhelming, I started to binge drink four to five times per week.

Despite several consequences that stemmed from my drinking – endangering myself and others, being sexually abused, getting into legal trouble, having relationship problems and being fired from work – I remained in denial because I didn’t believe my problem was bad enough. Until it was.

I always believed “it could be worse” and time proved me to be right. Anyone at any age can have a drinking problem, but no one becomes addicted to alcohol overnight. Alcohol dependence is progressive. What might seem harmless or not bad enough at first can get worse if it’s not treated. Fortunately for me, my bad became worse and that frightened me enough to get sober.

The sober life hasn’t always been a popular choice in a culture that revolves around and profits from alcohol. It may begin by asking yourself why you choose to pick up a drink or realizing that you are drinking as a strategy to cope with the pressures of life. This month, I encourage you to prioritize discussing the health, legal and social consequences of alcohol use with children and teens in your life to support all of Alexandria’s youth to make informed choices about their health and future.