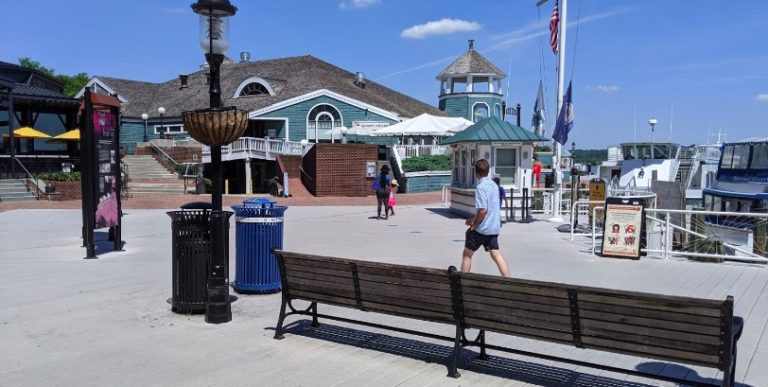 Two stories in this week’s Times illustrate the intersection of Alexandria’s past with its present and remind us why this city of ours remains endlessly fascinating.

In “Return to the depths” on page 1, reporter Olivia Anderson explains that Alexandria isn’t just a port city dating to colonial days – it’s a locale where ships from that era are being re-sunk some 200 years later several miles from the Potomac’s shoreline.

These four ships that were discovered in recent years during redevelopment of Alexandria’s waterfront provide a window into commerce and travel from long ago and into how our city was built along the Potomac: After their usefulness as ocean and river transport for goods and travel came to an end, the massive hulls were used as landfill to expand Alexandria’s boundaries out into the river.

City archaeologists worked with developers of The Hotel Indigo and of Robinson Landing to protect the hulls when they were found – which delayed both projects by months. The hulls were carefully extracted, studied by archaeology teams from Texas A&M University and others, wrapped and preserved.

The unearthing of these ship’s skeletons right in our midst was the urban equivalent of finding T-Rex bones buried on the back 40 of a ranch in Wyoming.

A historic archaeological find met modern technological innovation with the decision to preserve these hulls within Alexandria by wrapping then re-sinking them, not along the waterfront, but in the large pond in Ben Brenman Park in the city’s West End. This project has been an exercise in creative, outside-the-box – and river – thinking from start to finish.

Alexandria’s history – the good, the bad and everything in between – draws thousands of visitors each year to tour, attend events and sometimes relocate to our city. Culinary innovators like Chavarria keep our city interesting for residents and visitors alike by offering new twists on offerings within long-time establishments, like boutique hotel Morrison House and The Alexandrian in the heart of Old Town.

Chavarria’s journey took him from Costa Rica to the Philippines and New York City, earning accolades along the way, before he landed in Alexandria to open new offerings in King & Rye in The Alexandrian and The Study in Morrison House.

Chavarria’s emphasis on using flavors from Mesoamerica, a mixture of influences that stem from being a destination for trade into the Americas from Asia, Europe and the Middle East dating to the 1500s, is fitting in our city where more than 100 nationalities live.

So, if you check out the ships being re-sunk in Brenman Park and maybe grab a bite at one of Chavarria’s eateries, think about the ways that trade and commerce have impacted Alexandria’s history and continue to inform our present in exciting, new ways.