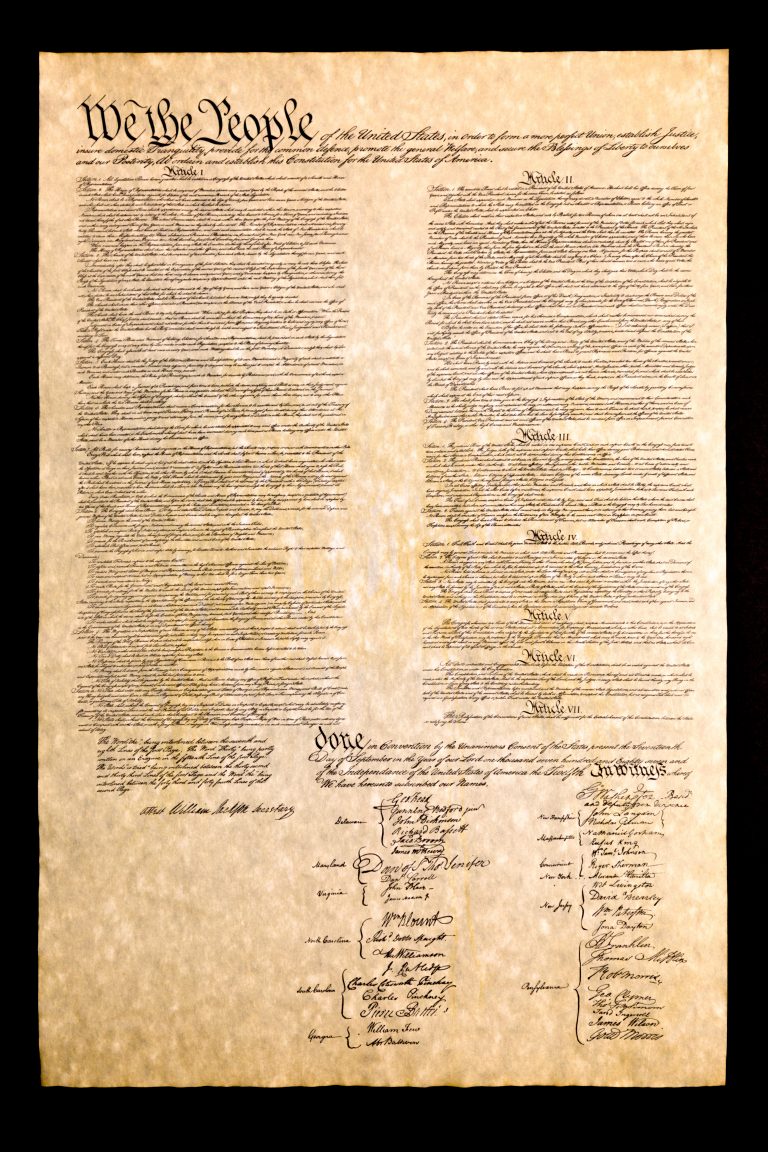 Sept. 17 is the 235th anniversary of the signing of the U.S. Constitution. The Constitution was signed in Philadelphia in 1787, but an event in Alexandria in 1785 served as a precursor to the founding convention of our nation.

On March 20, 1785, Samuel Chase and Thomas Stone showed up in Alexandria to represent Maryland, as the Maryland legislature commissioned them to do. Their purpose was to meet with a similar delegation from Virginia to agree upon regulations for their shared waterways, including the Potomac. The two men were only half of the commissioners chosen by Maryland but had the authority to negotiate on Maryland’s behalf by themselves. Both commissioners had signed the Declaration of Independence almost nine years earlier, so their appointment came as no surprise to their peers. Chase and Stone were surprised by the lack of any delegation to greet them.

Although prominent Virginians such as James Madison, Thomas Jefferson and George Washington were eager to resolve the issues of the joint waterways as quickly as possible, the four Virginians appointed: James Madison, Edmund Randolph, George Mason and Alexander Henderson were not in Alexandria to meet with them.

Fellow Virginia legislator John Tyler guessed that the lapse in communication was due to Patrick Henry’s forgetting to inform the commissioners of the time and date of the meeting. In any case, a third Maryland commissioner stopped to visit Washington at Mount Vernon on his way into our city, prompting Washington to send his carriage to his neighbor George Mason, who hated travel, to transport him to Alexandria. Chase and Stone met with Mason and Alexander Henderson, who was in town to work on a court case with Mason and unaware that he had also been chosen to negotiate on Virginia’s behalf. Bad weather delayed the two other Virginia commissioners and given how much of a priority it was to him, Washington invited both delegations to Mount Vernon to complete the negotiations.

The Mount Vernon Convention began on March 25 and concluded on the 28th. The Mount Vernon Compact consisted of thirteen articles. The articles guaranteed free passage for ships of both states through the Chesapeake and any rivers in either state, including the Potomac and the Pocamoke. They also declared the Potomac River a common highway for all U.S. citizens and residents.

The agreement between the states spurred them to encourage other states, particularly Pennsylvania, to agree to allow free passage along the Potomac all the way to Ohio. Tyler invited all 13 states to Annapolis in 1786 for a convention to propose a similar agreement between all states. Only five states showed up, and Maryland was not among those. However, Hamilton and Madison worked together at Annapolis to call a convention in Philadelphia the following year. That meeting resulted in our Constitution.