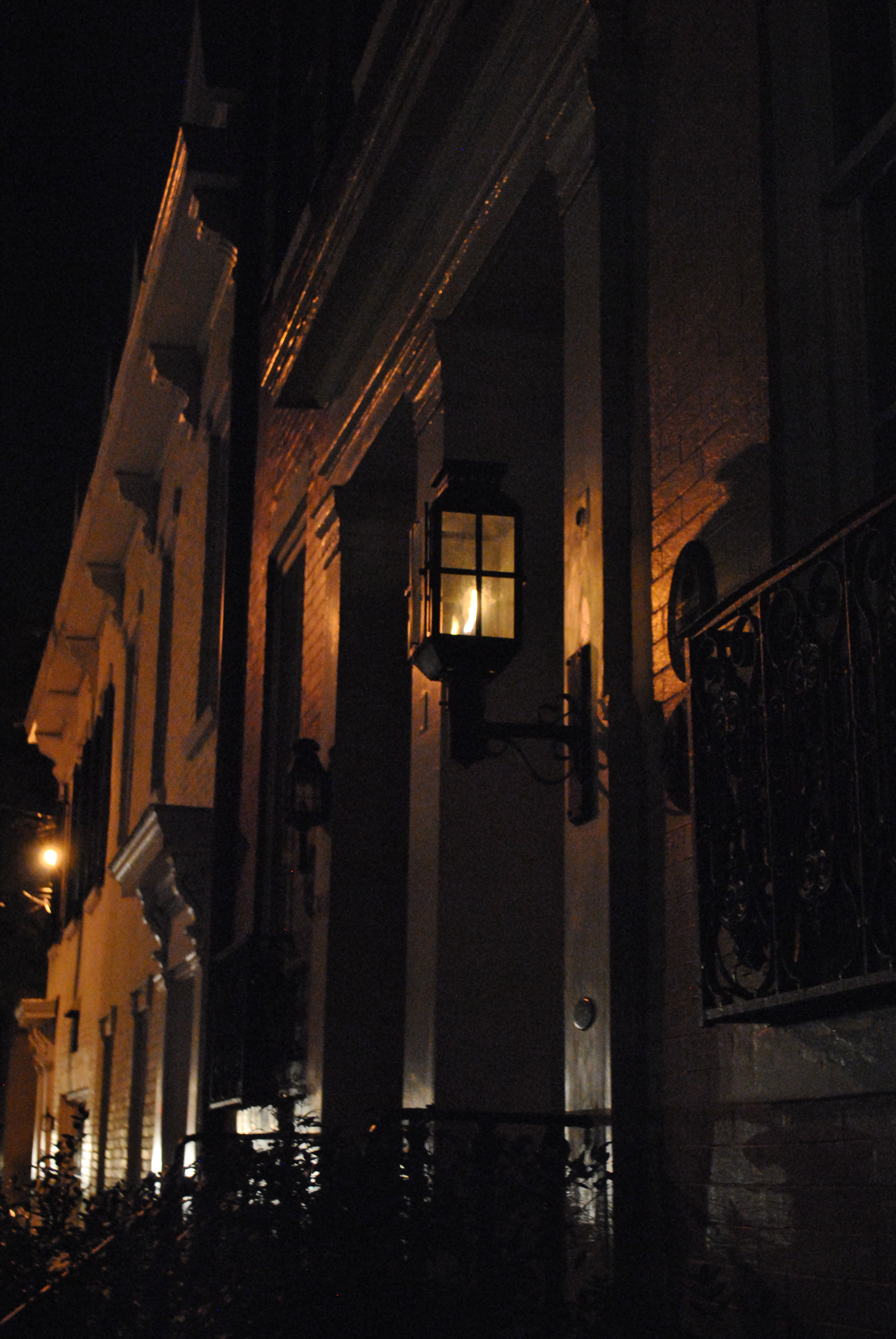 The Nation’s Bicentennial Celebration in 1976 led to major historic preservation efforts in Old Town. Buildings such as Gadsby’s Tavern Museum, The Lyceum, the Carlyle House and the Torpedo Factory received extensive renovations in preparation for the big celebration. At the same time, the Alexandria Bicentennial Youth Commission did a different kind of preservation. Eventually published as a booklet titled “Alexandria Ghosts,” the Commission embarked on an oral history project to collect ghost stories from residents.

Alexandria secondary school students composed the Alexandria Bicentennial Youth Commission and received the support of the Alexandria Bicentennial Commission, who thought it would encourage youth participation in the Bicentennial. One member of the youth commission, Eric Segal, felt a special connection to the project. It led him from lengthy interviews at the library to appearing on a television news program. The end product is a 20-page booklet with a collection of six ghost stories and a summary of other stories he encountered.

Segal says in the booklet’s preface:

The purpose was not to attack or justify the authenticity of these tales; nor was it to simply collect a few of them; rather, it was to retell the stories as they might have happened and in doing so reflect a special facet of Alexandria’s culture.

The most famous story in the booklet is “The Teller of Tales and the Devil-Bat of Market Square,” which is referenced on page one’s ‘Haunted tale: The devil-bat.’ Segal’s version was related to him by Louie Robert, who owned a frame shop in Old Town. Another story involves a story of the ghost of John Dixon, who was supposedly executed by the British for espionage for the colonies. Dixon supposedly lived in the Michael Swope House at 210 Prince St., and it is at that lo-cation that his supposed ghost has kept more than one potential buyer from purchasing the property.

Other stories include the tragic story of Culross, which used to occupy the 1100 block of Oronoco. There, the children of Judge Thomson Mason, William and Anne met unfortunate and early ends, and their supposed haunting of the house that they had lived in caused the property owner to move the building to New Jersey in 1925.

The other two stories are titled “The Captain’s Lady of Red Hill” and “The Ghost of the Blue Door.” Online versions of these stories usually cite Segal’s booklet as their source.
The booklet was published in 1976 by the Alexandria Bicentennial Youth Commission. It is no longer in publication, but the Local History and Special Collections Library on Queen Street has a copy for reference. It is a fun reminder that the Bicentennial Celebration allowed Alexandria to preserve more than buildings.