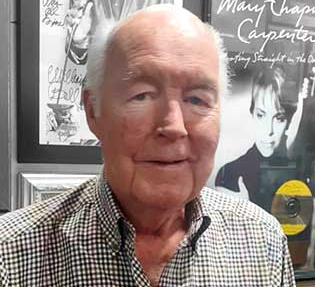 Gary Oelze, founder and owner of The Birchmere in Alexandria, died Monday, multiple sources have confirmed. He was 80.

Oelze was a musician in his own right, and performed in the first band to play in the iconic music hall, according to Bluegrass Today. The club has been known for hosting bluegrass bands, from fiddling prodigy Alison Krauss to DC area stalwarts the Seldom Scene. The Birchmere’s music range is much broader than just bluegrass, as the music hall has hosted a wide range of performers through the years, including iconic figures like Ray Charles and Emmylou Harris to former teen heartthrob David Cassidy to the alt-folk performer Suzanne Vega to Texas outlaw troubadour Jerry Jeff Walker – who played the Birchmere 133 times – to the legendary Gordon Lightfoot.

“In the history of regional performance promotion, Gary Oelze has been the club owner responsible for entertaining the Mid-Atlantic since 1975. That’s over 12,000 nights of music, across almost five decades. Top that, and if you can, I apologize, but I think I’m on firm ground here.”

Oelze was born to S.V. Oelze and Carmelia Hagan on Aug. 24, 1942 in Owensboro, Kentucky. Oelze was the third of seven children, six of whom were boys, according to All Roads Lead to The Birchmere. “His father ran a barbeque restaurant with a grocery store attached until he started a successful roofing company.”

Oelze learned to play acoustic guitar and played in a band with his brother and a neighborhood friend at age 15.

The cause of death and funeral arrangements are not yet known.