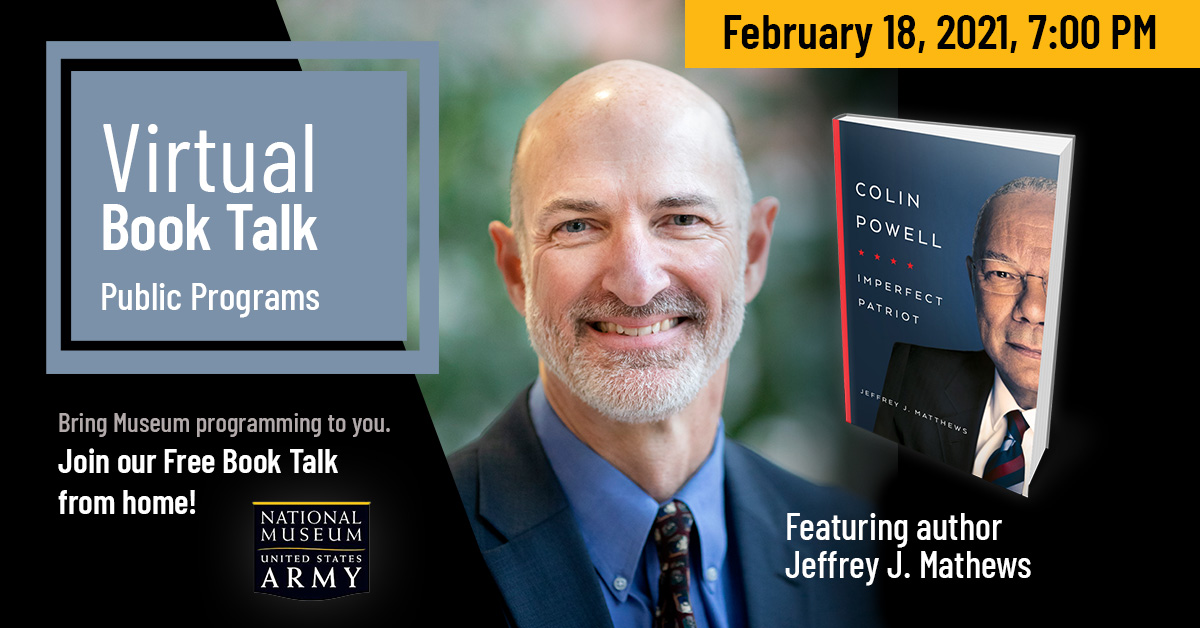 For the past three decades, Colin Powell has been among America’s most trusted and admired leaders. This biography demonstrates that Powell’s decades-long development as an exemplary subordinate is crucial to understanding his astonishing rise from a working-class immigrant neighborhood to the highest echelons of military and political power.

Powell became an extraordinarily effective and staunchly loyal subordinate to many powerful superiors who, in turn, helped to advance his career. By the time Powell became chairman of the Joint Chiefs of Staff, he had developed into the consummate follower―motivated, competent, composed, honorable, and independent.

Join the National Museum of the US Army on 18 February for a discussion with Jeffrey Matthews, author of Colin Powell: Imperfect Patriot.